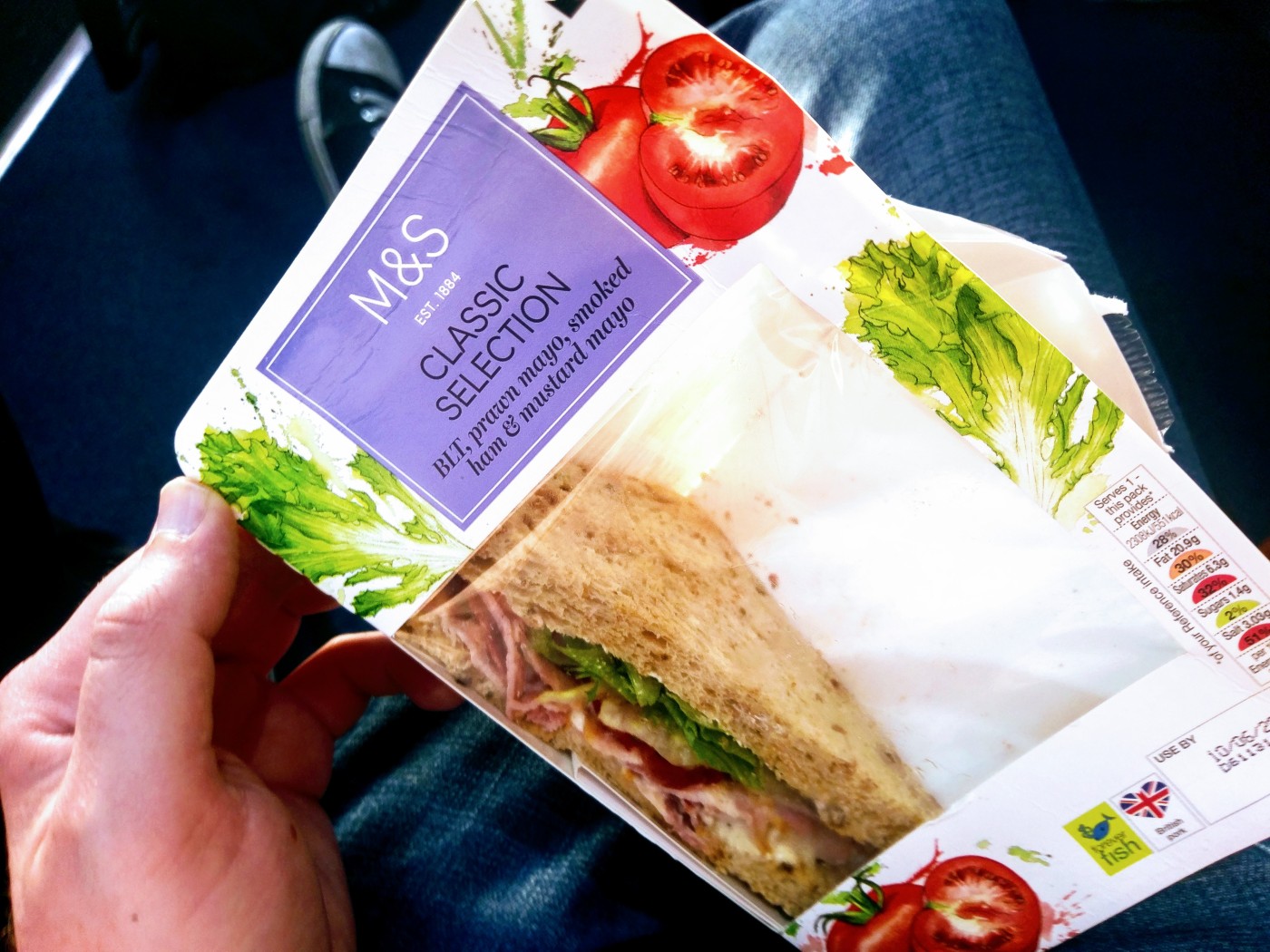 It’s Friday night, I’ve got a three-and-a-half hour train journey ahead of me, I’ve had three pints of Doom Bar and I won’t get time for dinner at the other end. This requires a plan.

At Waterloo I’ve got about 15 minutes before the train departs, and I know I need to buy food for the journey. There is a passable burrito place there, which I often decide not to visit because I’ve confused it with the appalling burrito place at Victoria station, mainly because I am often drunk when using these stations to get home. I remember that this one is fine. But a burrito, while filling, isn’t a three-hour filler. I’d finish it by Woking and get peckish by Templecombe.

I decide that what I need is small bits of food, but more of them than I’d usually buy so it constitutes a sort-of-meal. I pitch up at the M&S food hall. Because of the Doom Bar I head in the wrong way, walking through the people queuing in the other direction. This fills me with a less crippling sense of public humiliation than it would’ve done a couple of years ago and I head for the sandwich shelves cheerfully enough, largely untroubled by the definite fact that everyone is definitely now looking at me and thinking I’m definitely a definite twat.

Volume. That’s what’s needed. If I get a triple sandwich pack, plus crisps and something else, that’s sure to see me through. The first thing that caught my eye was a packet of crisps that involves sea salt and cider vinegar or something similar, as M&S snacks often do when they want to Shanghai a fickle lightweight mug like me. It’s worked, to their credit.

The sandwich shelves are a bit sparse by 7pm, almost as if this is a popular train station from which to commute. The only triple sandwich on offer now is the prawn mayonnaise, BLT and ham and mustard combo, which seems to me a reasonable proposition. As with most triple sandwich deals, it comprises a sandwich I’d eat all day long and two I’d eat cheerfully enough if threatened at gunpoint.

I remember that the sausage rolls also have some sort of bourgeois affectation included in the recipe, so I sidle over to them. Hog roast sausage rolls, is what they are. For just £2.50 you too can mimic the experience of eating pork without cutlery at a countryside-themed wedding, standing near a hay bale on which no one shuffles up to let you sit, with nowhere to put your drink so you just end up sort of holding both it and the paper plate in one hand while you lift pork to your mouth with the other, shortly after watching a girl you once loved but never told marry a man a lot like you.

Anyway I buy the sausage roll. On the train the only seats are the flip-down ones on the side next to the toilets. If there was a table and fewer people able to see me I would freestyle this a bit more: a bite of sandwich here, a crisp there. But I’m constrained by the location and have to keep anything I’m not currently eating in the bag on the floor, so I adopt an approach that is at least sequentially faultless: one sandwich, crisps, second sandwich, sausage roll, third sandwich, job done. More strangers have watched me eat than I’d like, but presumably they admired the discipline. 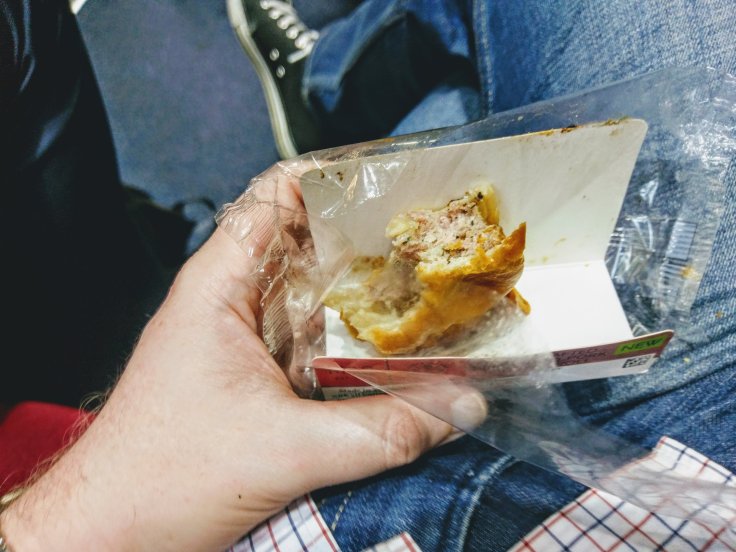