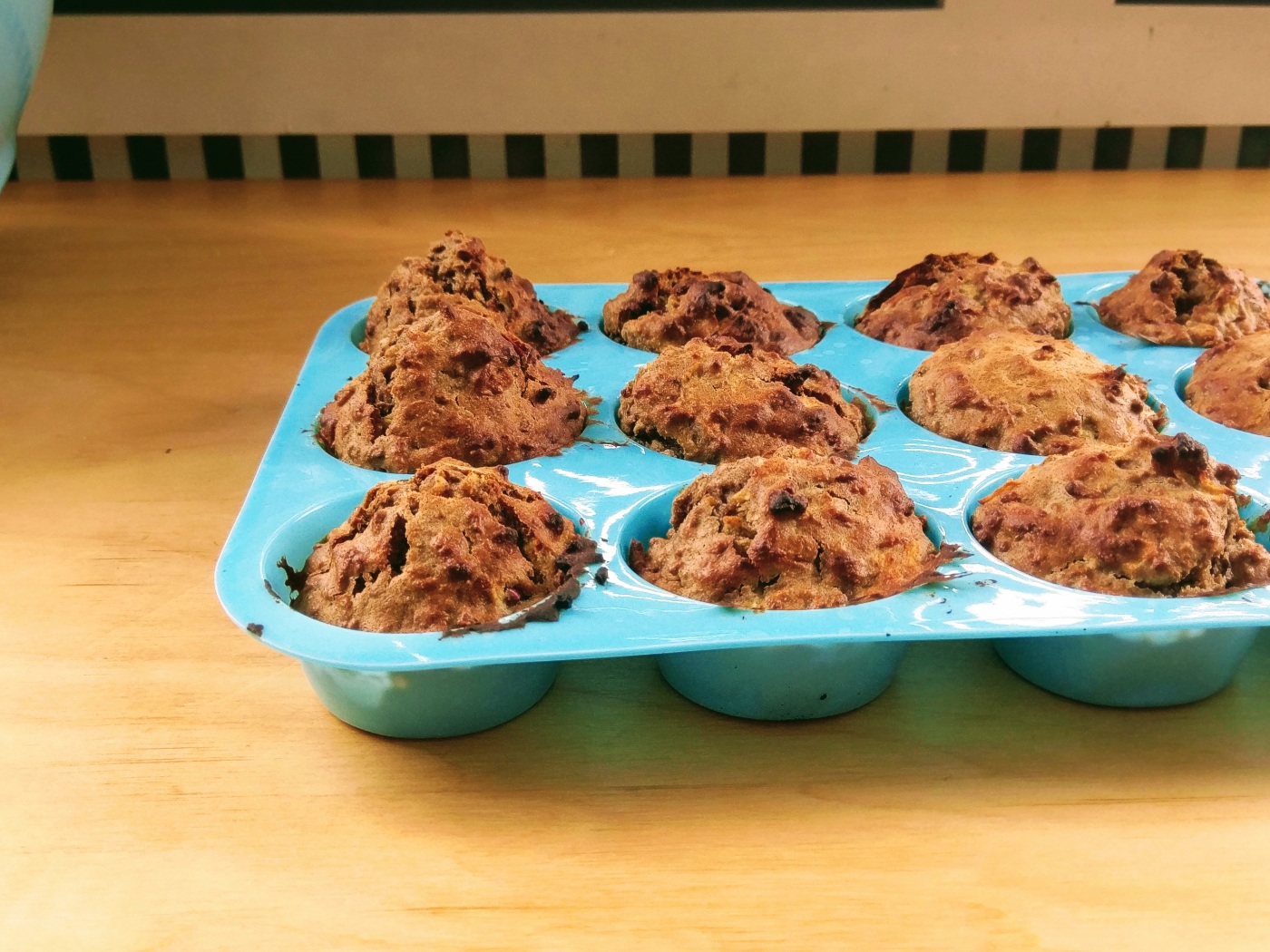 So lockdown’s come to this: baking. I don’t really bake, because I don’t eat cakes or desserts that much. I used to make bread a bit, years ago, and there was once a lemon drizzle cake.

What baking is for me is cooking for cooking’s sake. Spending the time making something without a huge interest in the end product. The journey, not the destination. But nine weeks into self-isolation, the journey is appealing. I get the idea because about a month ago the Co-op was out of bran flakes, so I bought its High Fibre Bran cereal instead. The first bowl showed it up for what it was: a box of cardboard sticks, just about fit to be forced down with a bit of demerara sugar on them, but not an evening snack to look forward to. I want to get rid of it, so I have a look around for something I can add it to.

Baking is the obvious choice. You can’t put high fibre bran sticks in a lasagne; someone would call the police. Bran muffins, I remember dimly through their mention in Analyze This when one of the mob goons thinks Billy Crystal is struggling with a bowel movement, are a thing that exist. I find a recipe on a site called Amy’s Healthy Baking.

Amy seems nice. She has one of those cooking blogs where you scroll through eight paragraphs about her family before you can find out what sort of flour you’re going to need. As opposed to my own, where you have to read 12 paragraphs about a man’s slow descent into madness before realising there isn’t even a fucking recipe at the end, which is possibly the reason it has failed to become a huge viral smash and bring the food influencer dollars rolling in, despite an encouraging recent uptick in hits from China. I am prepared to concede that Amy, with her welcoming tone, excellent photography and posts with an actual point to them, has perhaps thought through the idea of food blogging more assiduously than I have.

Her recipe looks good. I’ve got a lot of the stuff in already. Why do I have baking powder? This isn’t the time to pore over the past decisions that led me to this place, but I’ve no idea why I would’ve bought it. I might have mistaken it for bicarbonate of soda, which I use with vinegar to clean the plughole. Still, there it is, at the back of the cupboard with all the other forgotten stuff, hostage to an allspice and star anise rebel militia.

I don’t own baking things. I’ll need a muffin tray, and I’m not paying top whack for it. How much do muffin trays even cost? Is a trip to Lakeland deemed essential travel in these times? Will I be roughly searched by police on the way home, who’ll yank a muffin tray from my jacket pocket as I lay prostrate on the floor, a taser between my shoulderblades? Will they laughingly say “On your way, Delia” as I dust myself down and scurry off, trying not to let them see me cry? It doesn’t seem worth the risk. I buy one on the internet.

It arrives, a floppy blue silicone one that’ll need a tray under it for stability and first a trip through the dishwasher to remove the chemical smell.

As when cooking something from a cuisine I’m unfamiliar with, I’m conscious that improvisation could lead to ruin. You don’t vibe it in baking, as Paul Hollywood once said, or it might have been Lee “Scratch” Perry. This is complicated further by the need to translate all the measurements from US cups into grams and millilitres, a sum I can never remember and have to keep asking Alexa. You then have the complication of UK cups being slightly different to US cups, but not so different that it makes any particular odds one way or the other so you might as well just forget it but you can’t, because the cups are in your bloody head now like some Stasi Zersetzung technique, only with the arguably more benign outcome that your muffins might come out a bit underdone rather than your total psychological dismantling leaving you in no fit state to conduct anti-government activities.

I have soaked the bran in milk, yogurt and vanilla essence, mixed the flour, baking powder and cinnamon and am making good progress. This is Bran Turismo. I then, having devoted so much mental energy to figuring out how much of this jar of honey constitutes one cup, forget when spooning it into the mixing bowl that the recipe calls for only a quarter of a cup. I have made a fourfold honey error.

This is not the sort of thing that would concern me unduly when cooking a meal: I’d correct it somehow with other ingredients. But I’m out of my depth here. Other than multiplying by four the quantities of all the ingredients I’ve used so far, leaving me trying to squeeze 48 muffins into two 12-berth trays, there’s not a lot I can do. I have maple syrup to replace the molasses in the recipe, and decide not to add it, in case I’ve made the whole thing far too sweet already.

I spoon everything into the tray and wait an anxious 19 minutes while they bake. I realise you’re not here for a taut Hitchcockian psychological thriller so I won’t string it out: the muffins turn out quite nice. I could’ve put the maple syrup in no bother and they still would’ve been fine. I am now obliged to eat them before they go stale, however. This means a muffin for breakfast and again for dessert in the evening. Everything is muffins now. 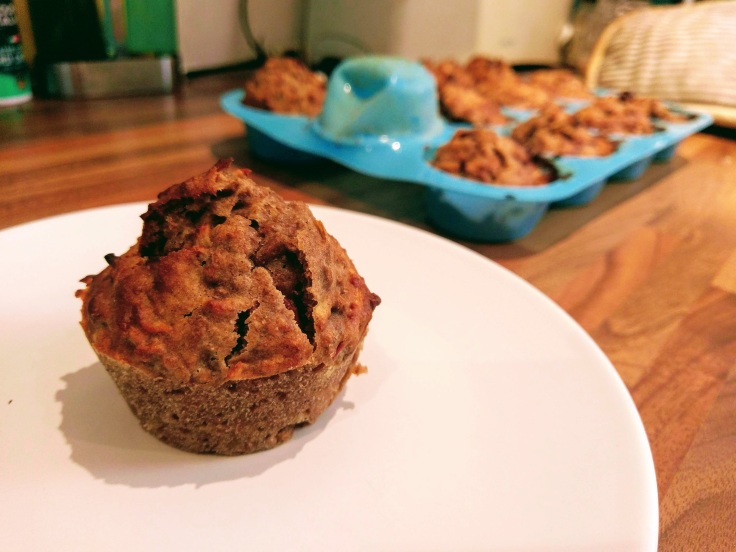