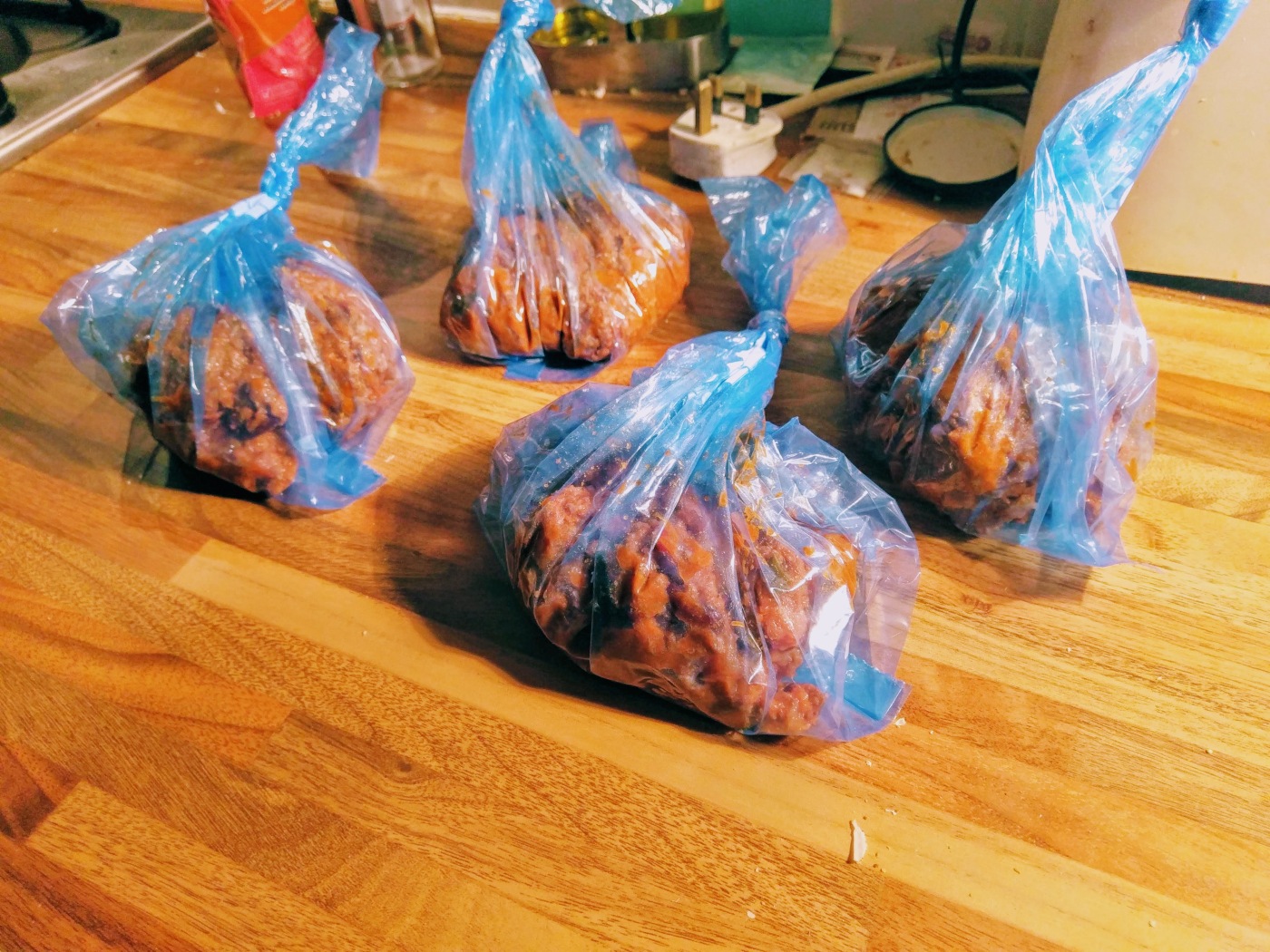 I don’t know if you remember eggs? You used to see them around, years ago, before the war. Little light brown things you got in cardboard boxes with these holders cut into them so the egg would sit snugly inside next to its brothers. They invented a word to quantify them: a “dozen”, meaning twelve, because that’s the arbitrary quantity they were sold in, and you never used the word when there were twelve of anything else. You’d crack one open and cook it, either so its white bit enveloped its tastier yellow bit, or so the two were mixed together.

Eggs are now much like cigarettes in prison, traded on the black market by opportunist profiteers, with a street value of roughly £16 per unit. A man on my road was shot in the back of the head the other day and relieved of a half-“dozen” Braddock White duck eggs, and if you want my opinion he was asking for it, flashing them about like that.

A week or so before the full lockdown is announced there are rumours that it’s coming soon. Everyone’s brother’s mate who was in the police has told them in confidence it’s definitely happening, and your friends communicate this to you in solemn WhatsApp groupchat tones, tucked inside the unrelenting barrage of forwarded Covid memes you’d already tired of a week ago, back when online footage of people at a packed Stereophonics concert felt only borderline irresponsible, rather than the first Kool-Aid sips of a grim mass-suicide pact led by a band about whom zero people are enthusiastic. In Italy a lockdown seems to mean literally not leaving the house at all for weeks on end. People are panic-buying. I go out to buy food, though it goes without saying that I’m not panic-buying. Yes, I’m buying groceries, and I’m feeling slightly panicked and it’s affecting the decisions I make, but I’m not like them. Far from it.

There is a strategy. What I need above all is to cook something which can be portioned up and frozen. Your obvious goes-to here are your mince-based lines: your bologneses, your keemas, your chillis. A chilli is the most logical path. Bolognese doesn’t feel right unless you’re eating it with pasta, and from the sounds of it, pasta is now extinct, to be revived millennia from now when a single fusillo is discovered encased in amber, and its DNA can be extracted to make enough clones for an eccentric Scottish billionaire to put them in a theme park, where the conchigliette will run amok and teach everyone a valuable lesson about humanity’s reach. 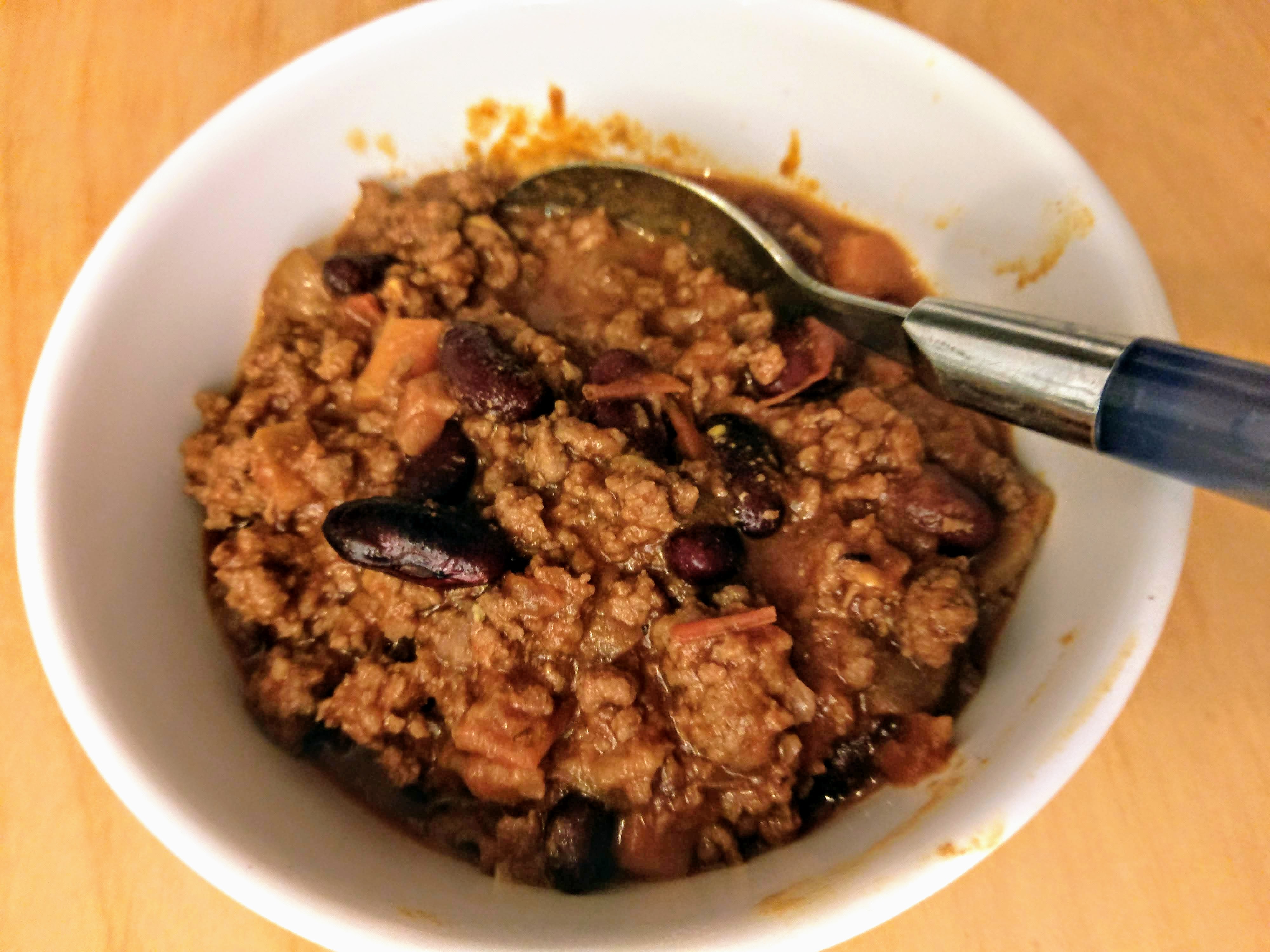 We’re a week or so prior to supermarkets introducing queues outside and social distancing guidelines inside, so it’s a free for all. At this point I don’t feel anxious when in shops about people getting too close – this will kick in in a week or so, when I will also briefly start wearing gloves in the supermarket because I saw Italy-based footballer Ashley Young advise it on Twitter – but I am conscious that there’s an imperative here. I need to buy enough to feed myself for a while. The Co-op’s shelves are stripped; it has next to nothing. I do find some shallots, and not knowing whether there’ll be onions anywhere else, I buy them. In the M&S food hall I find carrots, but only the pre-chopped bagged batons of the type you’d give a toddler to munch on, so I get those too, plus the last tin of kidney beans: a child whose hand I manage to grab as the last helicopter takes off to carry us away from this place.

Sainsbury’s, of course, is a carrot bonanza. You can’t move for carrots of whichever shape and size you favour. I get six tomatoes and two double-pinters of milk, one to freeze. There has as yet been no mince. I go into the small Halal butcher’s, not my usual one, where I am lucky enough to source a kilo of minced lamb for five quid. I’ve broadly got everything I need now, and stop only at a smalller shop on the way back, where I manage to pick up four tins of sardines, a general storecupboard staple.

Two days later, the Saturday before the lockdown, I get back from what with hindsight was a wholly unnecessary walk to CEX to buy War for the Planet of the Apes on Blu-ray (I soon get scared that I’ve brought the virus into the flat and don’t touch the box for three weeks, during which time the fucking thing’s on BBC One in HD anyway) and decide to make the chilli.

Quite apart from the frustration at having to chop lots of shallots (small and fiddly and, unlike an onion, you have to do it more than once for no additional benefit) there is no particular pleasure in cooking this. It feels functional, partly because I’m cooking it out of necessity, and partly because you can’t really Just Vibe It when making a chilli. Yes, yes, you can taste it and throw in a bit more cayenne pepper or salt if it needs it but come on, it’s not the Large Hadron Collider. It’s also being made for portioning, not particularly with an entire meal in mind; that is, it’ll end up having a few different platefellows over the coming weeks: rice, pearl barley, jacket potatoes, some old tortillas I forgot I had and soak under the tap before putting in the oven to refresh.

So cooking it feels more like an obligation, shot through with the sense that this food, very nice though it turns out, is my lot for the rumoured next “dozen” weeks.

About a month later, I find them. There they are, in a box on a shelf in the Budgens at the petrol station, a relic from another time. I don’t recognise them straight away. Are these the “eggs” the old man spoke of? We’d laughed at him, said he was a fool. I take them home, soak them in bleach for 24 hours, and poach two the next morning with four hash browns and a sausage.