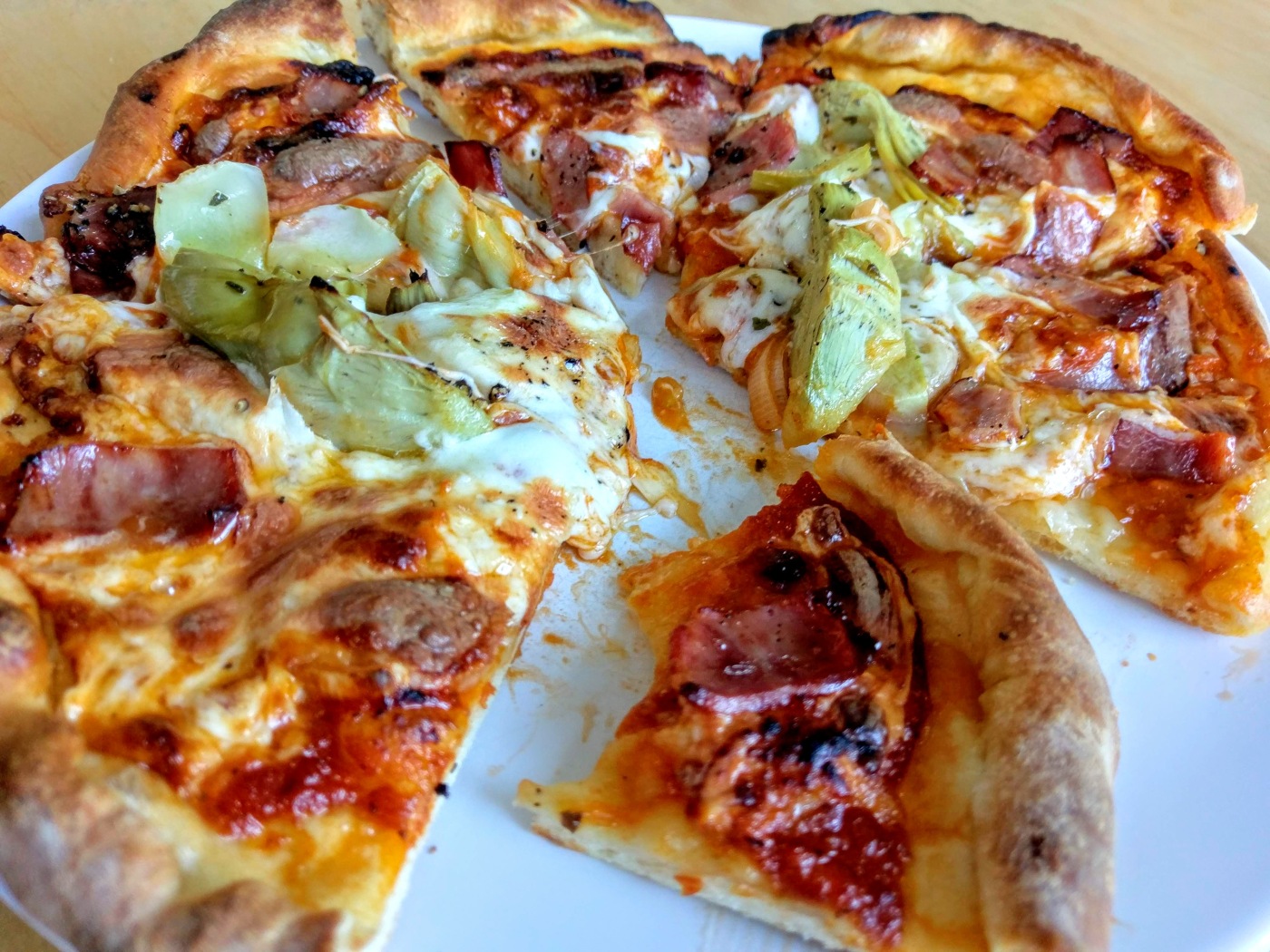 Being a big name on the food influencer scene, I can’t help but notice there’s a lockdown trend afoot. Recreating fast food at home seems to be a thing: YouTube is full of videos of people making their own McDonald’s fries, authentic kebab chilli sauce and Zinger Tower burgers. Instagram probably is as well, but I only use it to watch Stephen Hendry interview other snooker players.

This seems like a fun exercise in principle but you can’t authentically replicate the full experience: the drunk Googling on the train to see what’s still open, the walk home with the carrier bag stuffed with polystyrene flip-tops or a thin cardboard chicken box darkening with grease, the hot shame of waking up the next morning to a bin full of bones and a kitchen table dusted with cheap salt. The regret is key: it reminds you that you’re better than this and that you 100% definitely won’t do it again the next time you’ve got three pints in you.

I myself have got takeaways most Fridays throughout lockdown after the work Zoom quiz (currently leading the pack with three wins over 15 weeks but it’s no big deal, stop going on about it). The local kebab house closed for the first three weeks then opened again, and they’re nice guys who do good food so I like throwing them a few quid once every couple of weeks. I’ve got a pretty good thing going with Perfect Chicken Shop in Tulse Hill too: Magnum burger meal (chicken burger with a hash brown in it, chips, water) plus five wings, which often turns out to be six wings and once, gloriously, seven.

A great local pizza place is harder to nail down. As anyone capable of independent thought knows, Domino’s is the Premier Inn of pizza, if Premier Inns were much more expensive: ordinary and functional, perfectly edible and even broadly enjoyable, but you order it because you don’t want any element of surprise, pleasant or unwanted, to enter your life and all you ask from your time on this rock is to reach the grave without anything slightly unexpected happening to you. Your higher end gaffs, which you’ll recognise from the artisanally charred and uneven dough and a basil sprig in the pictures, are good but miss the point: you want to eat pizza like this in a restaurant, not at home, because it’s too good not to be served piping hot, it’s three quid more expensive, and more’s the point, they don’t do onion rings.

You must investigate your local houses, then. Do it as soon as you move to a new area, right after you’ve sorted the council tax. Look up your Pizza2Nite; your Pizza GoGo; your Pizza Milano/Napoli/Juventus. From the menu it will be impossible to judge whether the pizza’s good because they all look the same, so choose based on whether they do the sides you want and what kind of meal deals they have, and assess the pizza each time. Make a spreadsheet. Quit your job, exclude friends and family from your life, fake your own death, but ensure you can give this your undivided focus until you’ve found the right one.

Once you’ve put these crucial hours in, there will be no need at all to make your own pizza at home, unless like me you want something to do with your afternoon. My recent efforts with pies, muffins and flatbreads have shown me there’s a lot of enjoyment in spending time kneading, mixing and rolling out wet flour. Pizza is the next logical step.

The dough isn’t drastically different to the flatbreads, other than including yeast. On a visit to the Tasty app, I watch against my better judgement one of the videos that involves people talking to camera rather than just their hands seen from above as they cook something along to captions. In it, a New York hipster makes pizza for a room full of his friends, or perhaps hired extras from Williamsburg central casting, in an effort to prove he can do it as well as the local delivery places, which he low-key trashes despite the fact they’ve got years of experience over him, are working in an environment with actual real-life stakes, and are churning out hundreds of pizzas a day whereas he’s cooking at his own pace. I like these videos on Tasty when it’s someone explaining the relationship between their cooking and their heritage. I like them less when it’s a 26-year-old who’s walked into a plum media job by virtue of being white, male and confident. One of the captions refers to pizza as “-zza”, which is an abbreviation so unnecessary I refuse to believe any non-Ninja Turtle has ever used it earnestly.

Anyway, he does give me one interesting suggestion for the sauce, which is the addition of maple syrup, something of which I have a bottle burning a hole in the cupboard having bought it for the apple bran muffins but not used after my fourfold honey error. I make the sauce by frying up tomatoes, chilli and garlic, loosening it with the syrup, tomato purée and some red wine vinegar, and stirring in some parmesan and oregano, then blending it smooth.

Once the dough’s rolled out and the sauce spooned on, I add the sliced leeks I’m using as an onion base substitute. I have two cheeses I got down the road at Club Med: one a fairly Edammy Turkish mild cheese, and chechil, an Armenian string cheese, like mozzarella but saltier. For a meat I tear up and add smoked turkey rashers which approximate salted ham, and I finish it with some artichoke antipasti, some black pepper and an olive oil drizzle to help it along. I don’t really understand pizza that uses only meat as a topping: it’s bored me after two slices. Vegetables add flavour, but especially texture, that meat on its own can’t.

A few days later I finish up the dough with more of the turkey ham and cheeses, some red pepper and a green chilli. It looks a lot like the Pizza Express pollo ad astra you get in supermarkets, it tastes great, and I made it without any hipsters hanging round in my living room pretending to be my friends. I haven’t been able to fully recreate the self-reproach that goes along with a drunk takeaway, but I’ve got a hundred other ways I can do that.